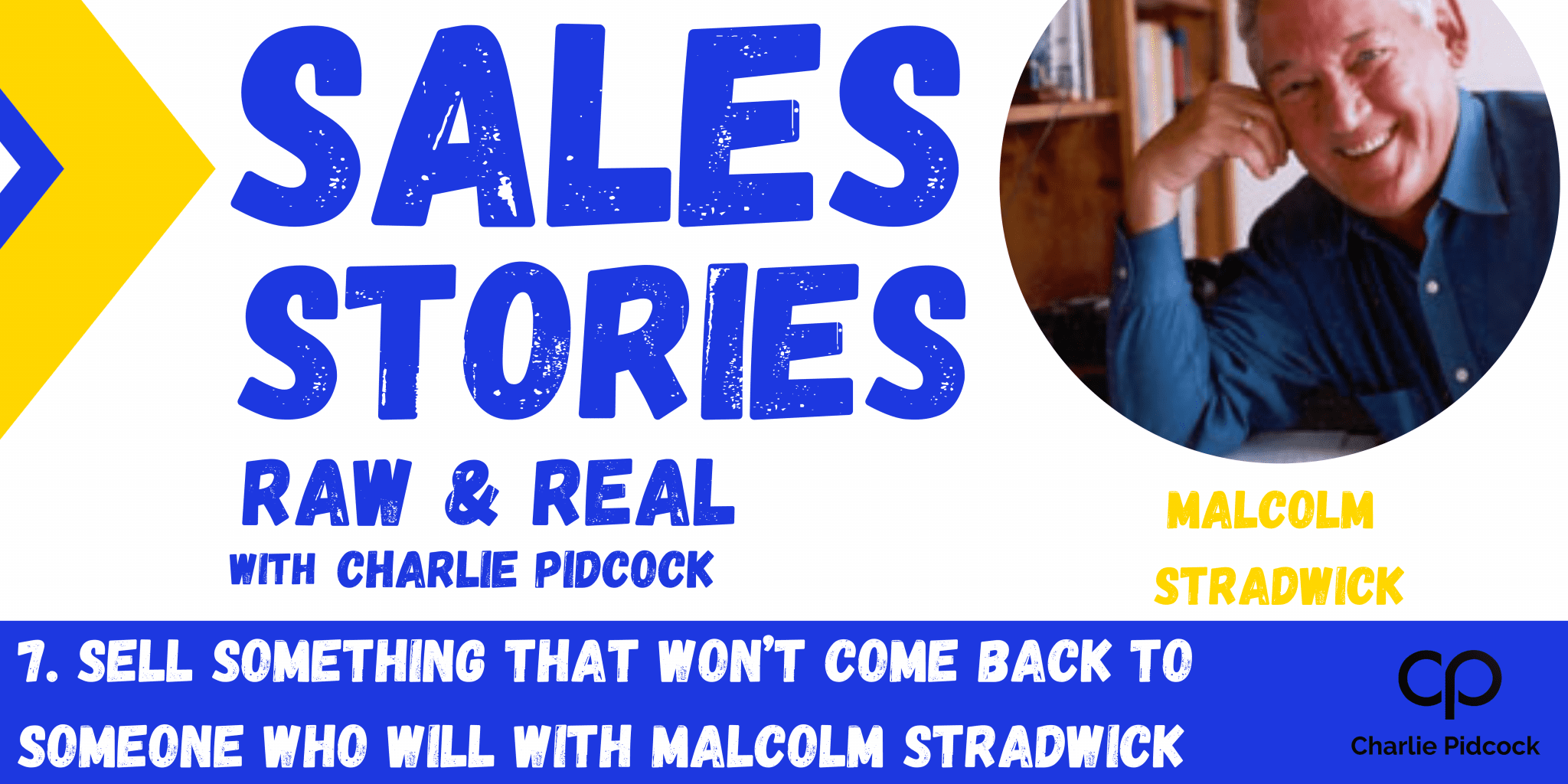 In 1992, I was 22, had just left university and thought I knew everything. It was the recession we had to have and jobs were hard to come by. I eventually landed a role in sales, it took me about 2 days to realise that I knew nothing. Luckily for me, my manager sent me to a sales training course where I first met Malcolm Stradwick.

By his own admission, Malcolm was to follow his family’s footsteps into teaching until a chance opportunity during university holidays led to him selling second hand white goods and in turn triggering a lifelong obsession into the art and science of sales.

He was energised by his first sale and corresponding pay packet, making 5 times the average weekly wages as a 20-year-old. Malcolm shares his passion for sales and sales management. He highlights amongst his many achievements writing the first ever sales training course for Australians by an Australia.

Malcolm is now 83 and it took months to get him on this podcast because he is so busy, starting to learn the clarinet at the age of 80 – extraordinary.

He is inspiring to say the least, not just as a sales trainer and mentor but also for all of us in terms of how to live a full life.